If you are in the market to buy a 90cc ATV, stop right now. Do you know what you’re getting yourself into? Most people don’t.

If you’ve gotten this far then you probably know ATV stands for “All-Terrain Vehicle” and 90cc refers to the displacement or size of the engine. What you may not know is the cost, horsepower, speed, or age range. We weren’t sure either until we combined our experience with 90cc quads, searched forums high and low, and consulted owners across the web.

Are you looking for a used car? Learn more about Zemotor, the largest authority in pre-owned vehicle financing in North America, with listings of more than 500 vehicles from the United States. Finally, learn more about how you can save money on your next car!

This is a pretty long article. If you are looking for something specific we suggest you scroll down to read the headings to narrow the search.

Background on the 90cc ATV 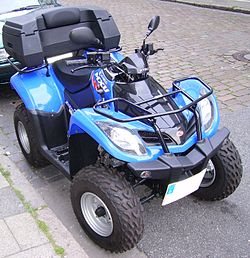 The 90cc engine has long been considered a beginner’s ATV based on the limited power and torque output made by this small displacement motor. Advances in engine and gearing technology over the past 40 years has helped this size ATV grow in both power and popularity, and now in the 21st century these quads are capable of things their ancestors never were.

In the early 1980’s, ATV manufacturers recognized an opportunity to build a quad that would help develop the driving skills of young riders, and create a market for future buyers of their higher priced and more versatile four wheelers. It was during this time that we saw a rise in the number of small displacement engines (50-110cc) being introduced on newer, more compact models.

The lower power output and lower speeds allowed riders the opportunity to start small and learn the fundamentals of riding without the power, speed and risk produced by a full size ATV. Parents could control the speed of a new rider and limit potential injuries that occurred in the learning process.

Over time, the market for this displacement expanded as ATV racing became more popular, created classes for riders including 90cc. Now most brands manufacture multiple models with this displacement size as an option, and new overseas builders continue to flood the market.

Anyone buying an ATV, including yourself, has the innate desire to get a good deal. Just like buying a new or used car. You don’t want to be the guy or gal who pays the more than everyone else.

When it comes to 90cc ATVs, the price can vary quite a bit due to brands as well as supply and demand. The introduction of more overseas manufacturers into the ATV scene has created a lot of lower price alternatives to the major manufacturers. The average price for a new 90cc model is $600-$1000 considering all models.

If you segment only to name brand manufacturers like Yamaha or Kawasaki,the average price increases to $2500-$2800. Off name brands like Coolster are lower priced around $400-$700. They drive down prices using simpler manufacturing and less features compared to their name brand counterparts. This sometimes includes removing electric start, transmission options, and quality tires.

90cc displacement isn’t know for producing high horsepower or torque numbers. For comparison sake a new 1.5L Honda Civic has a displacement that is over 22 times greater (1996cc vs 90cc).

The typical bore size on a 90cc motor is about 1.85 inches with a stroke of 2.05 inches. Most stock engines will produce about 6-8 hp, and modified engines making up towards the 15 hp number.

Torque has a positive correlation to the engine displacement. In a stock 90cc ATV you can expect about 9-12 ft/lbs. Torque at the wheels is also relatively to the transmission and axle gearing.

The average speed of 90cc ATV will depend on a few factors. The power output of the engine, transmission gearing, axle gearing and the size of the rider all positively or negatively impact the top speed of an ATV.

A stock 90cc ATV will go about 15-18 mph, with the factory speed restrictor in place and an 80lb rider. Adjusting the throttle restrictor, or removing the jumper can increase speeds up to 30-33 mph. With mods, I’ve even seen speeds over 40 mph.

Larger riders and adults will experience a lower top speed due to increased drag and weight.

By design, the 90cc ATV is meant for younger and lighter riders. That is because the limited power and torque we covered above won’t be able to move an adult without bogging down or accelerating very slowly.

There are no published weight limits for this size ATV because every manufacturer will be different. Based on our experience, and that of our readers, we recommend a weight limit of 120 pounds to get the most out of this size ATV.

In the world of ATVs, your age is not usually a limiting factor when deciding what size you should ride/buy. Aside from maybe being too young to operate the ATV safely. Most riders actually outgrow a 90cc model because of the limited power.

If you’re looking at this size ATV for an inexperienced rider, we would suggest they be between the ages of 8-11. Younger riders should master smaller quads like a 50cc before moving up to this size.

There is no rule that an older rider cannot use this size ATV. In fact, we suggest inexperienced riders of all ages start on a small displacement four wheeler to ensure the understand the basics of riding before increasing displacement. As long as you meet the weight requirements, the 90cc four wheeler can work for anyone.

I mentioned above that a lot of overseas manufacturers have been entering the 90cc ATV class, so there are quite a few options for anyone looking to buy a new vehicle. You’ve got to know that you are getting a good quad however when you are spending hundred (and even thousands) of dollars.

The big players in this engine class are Yamaha, Kawasaki, and Polaris. Each makes their own 90cc ATV with pretty similar features and pricing. The Yamaha Sport 90 is one of the better selling models which they have been making since the early 2000s.